Unfortunately We Don't Deliver to Your Area Yet...

.... BuT We're COMING to BAY OF PLENTY SOON! Join the WAIT-LIST.

For other regions, let us know where you live and we'll be in touch if we become available in your area.  You may want to sign up to our newsletter in the footer below for updates, recipes and local organic food news as well.

Yes! We Deliver to Your Area!

Your box will arrive on 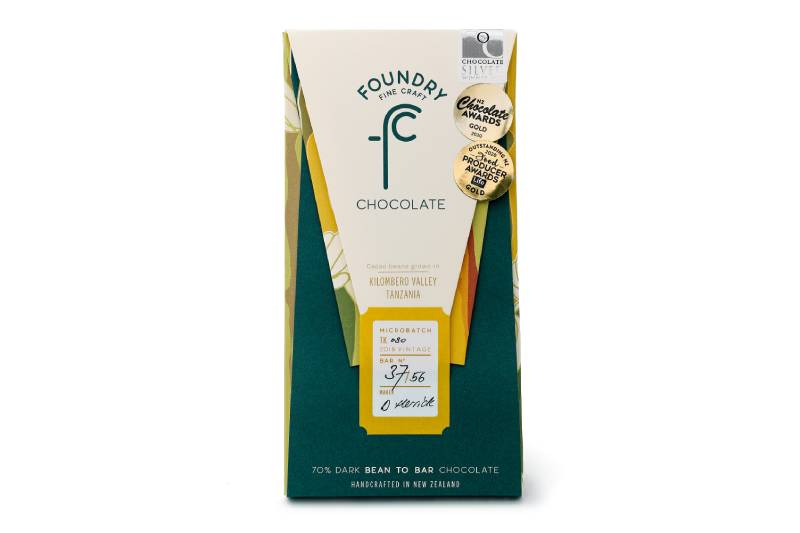 Nestled between the rice fields and sugar cane plantations of the Kilombero Valley in Tanzania are masterful farmers growing outstanding organic cacao. We use this to craft anassertive chocolate layered with a refreshing crispness.

While Kilombero Valley, Tanzania evokes flavours of Christmas cake, stone fruit and pineapple it’s simply the cacao’s origin talking – plus organic cane sugar and our obsession for preserving the flavours of provenance. And because your senses are unique, you may discover characters and aromas others may not – that’s the magic of Foundry Chocolate.

From the 2017 vintage. Please note the batch number you receive will differ from the one pictured.

The cacao beans grown in the Kilombero Valley are sourced from Kokoa Kamili, which was founded by Brian LoBue and Simran Bindra, who have backgrounds in international development throughout eastern and southern Africa. Prior to Kokoa Kamili, a single buyer dominated the area – the local arm of one of the world’s largest soft commodity trading houses. A sole buyer meant it had the power to set the price for cocoa, and farmers had little alternatives. Historically, farmers in the Kilombero Valley received some of the lowest prices for cocoa in the country. In Kokoa Kamili’s first year alone Kilombero farmers received the highest prices in Tanzania for their cocoa.

Today, Kokoa Kamili works with nearly 3000 smallholder farmers, most of whom farm between 0.5-2 acres of cocoa. Kokoa Kamili pays a premium - well above the market rate - to farmers for their ‘wet’ cocoa, and conducts its own fermentation and drying. By taking over the fermentation and drying process, Kokoa Kamili can produce more consistently higher quality cocoa beans. This method gives farmers a reduced workload, along with greater compensation, and the farmers are paid immediately after the cooperative receives its wet beans.

Kokoa Kamili also distributes cocoa seedlings to farmers in the community. In the past three years, they have aided in the planting of over 140,000 trees.

Kokoa Kamili is situated in the Udzungwa Mountains National Park, an area known for its abundance of bird and mammal wildlife. It is most famous for the eleven different primate species, bird life, and is one of three remaining sites that support Savannah Elephants in a mountainous environment. Current estimates say that 2,000 elephants reside in and around the Udzungwa area. Credit: Meridian Cacao 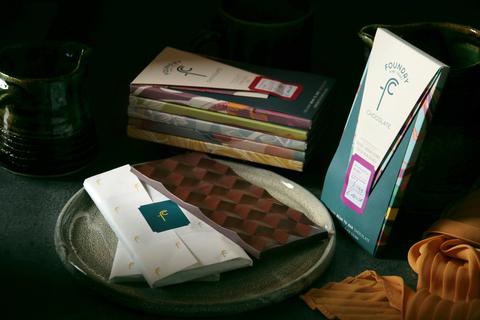 David and his wife Janelle are the magicians behind Foundry Chocolate, New Zealand's newest craft chocolate maker. And just like the world’s finest single malt distilleries and craft vineyards, the Mahurangi-based chocolate maker is dedicated to capturing the unique character of origin.

Foundry’s meticulous bean-to-bar process uses only two ingredients, cacao beans and organic sugar, to make dark chocolate with a myriad of flavour notes ranging from honey to ripe tropical fruit, warm spices to hints of caramel. Beans are sourced from the world’s most expressive cacao growing regions - Peru, Tanzania, Colombia, Papua New Guinea, Bolivia and Ecuador, and are skilfully handled to produce distinctive flavours that must be tasted to be believed.

New release for 2022! With moreish malt and silky caramel notes.

Add to Delivery
MY DELIVERIES

This delivery truck is empty!

We Deliver To Your Area

To create your account and begin placing orders click continue. Or you can return to the market to browse our products.

Choose the distance you want to search for a pickup location:

Would you like to remove this recurring item from just this delivery or all future deliveries?

There is no Checkout or Submit button to finalize your delivery. These items will be delivered unless removed. Enjoy!

Each hub has its own local food & products!